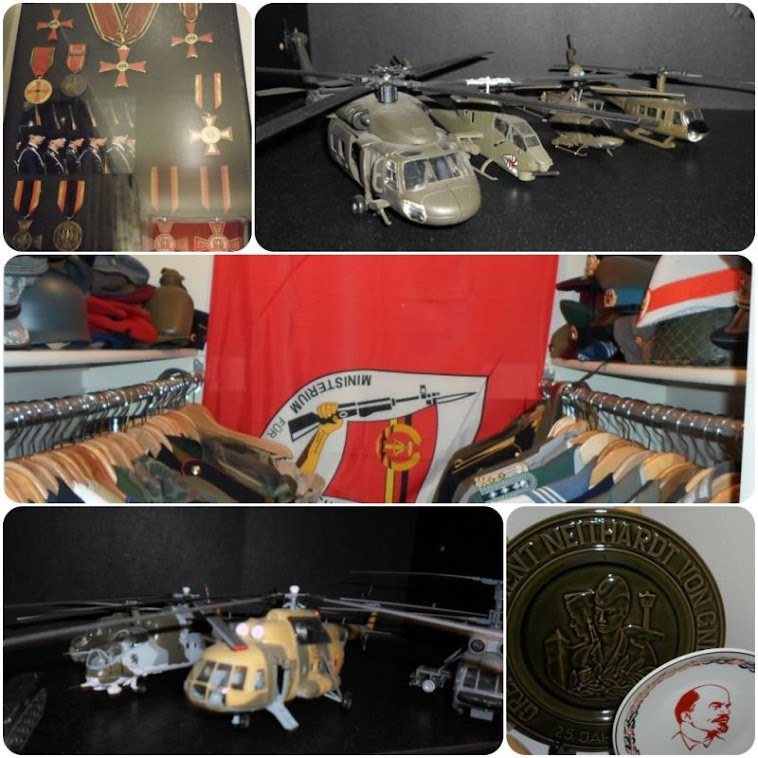 After a string of accidents in the German Luftwaffe during the 1960's known as the 'Starfighter Crisis' Johannes Steinhoff and Günther Rall began investigating the cause of the accidents and noted that loss rates amongst German pilots flying the principle interceptor in its arsenal at the time the McDonnell Douglas F-104 Starfighter were the highest amongst all European operators. Immediately they traveled to the United States to learn how to fly the aircraft and revamp the training regime of Luftwaffe pilots. Upon return to Germany the lessons they brought back significantly reduced the losses suffered by the Luftwaffe and brought about a high level of training and professionalism that is characteristic of the Luftwaffe to this day.

The F-104s were phased out of service early and replaced by the McDonnell Douglas F-4 Phantom II fighter and the Panavia Tornado fighter-bomber in the mid 1970s. The Phantoms arrived in 1974, while the Tornados arrived in 1979. These aircraft greatly enhanced the capabilities of the Luftwaffe with the Phantoms serving as the primary interceptor in it's inventory and the Tornado as a strike and interdiction aircraft. Variants of both aircraft also were used in the reconnaissance role. 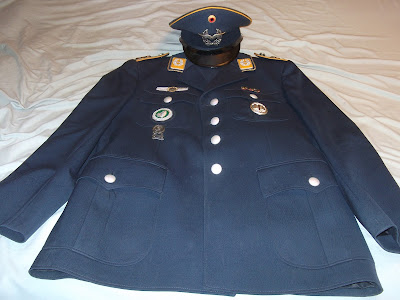 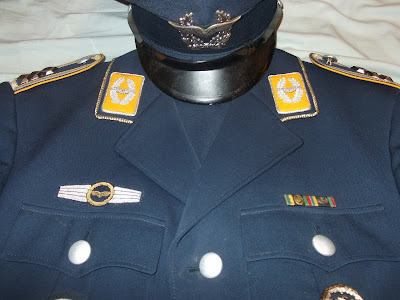 The uniform displayed here is the uniform of a Non Commissioned Officer's Grundform des Dienstanzugs Luftwaffe (Basic Service Uniform of the Air Force) for an Air Force Stabsfeldwebel (Senior Master Sergeant). The uniform jacket depicted is of the standard Air Force blue color with the yellow gold colored piping of the Air Force adorning the shoulder boards and collar insignia. Note the silver lining typical of wear by Senior NCOs on the shoulderboards alongside the officer style 'bullion' ranks. 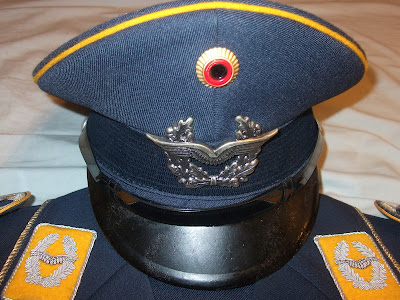 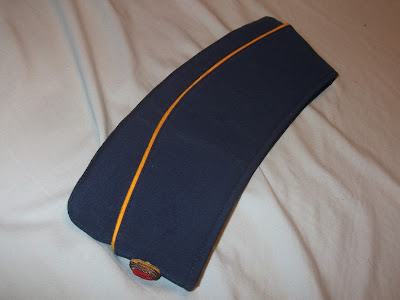 The visor cap is of the Air Force Enlisted and Non Commissioned Officers, blue with yellow piping common of Air Force service wear. The metal cap badge of the Luftwaffe insignia and German national roundel insignia adorn the cap. The visor is bear signifying the wearer is not an officer.

Also of wear depending on the type of duty or occasion is the overseas hat, which is commonly worn by Air Force enlisted personnel on non formal assignment. Like the visor cap it is blue with yellow lining and maintains the German national roundel although the Luftwaffe wings and wreath insignia is absent. 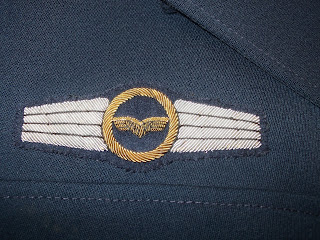 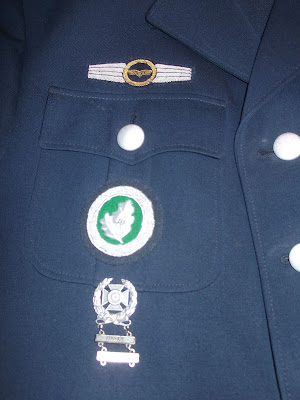 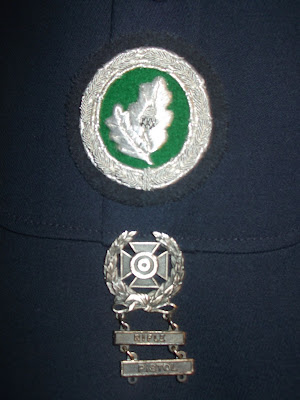 The right side of the uniform displays the embroidered Tätigkeitsabzeichen (Specialty Badge) common of enlisted personnel of a member of the Luftwaffe Stabsdienst (Administrative Service) displaying the Luftwaffe's wings insignia. On the right breast pocket is the insignia of the Einzelkämpferabzeichen (Lone Fighter's Badge) of the Bundeswehr's Einzelkämpferlehrgang (Lone Fighter's Course) which is the German Commando Course. The patch shown here shows  two oak leaves with light green background signifying the completion of both the Basic and Advanced Courses.

Below that is a foreign award, the United States Army Expert Marksmanship badge with both 'Rifle' and 'Pistol' clasps signifying the wearer's proficiency on both rifles and pistols. Foreign awards are usually awarded while on assignment or attachment to a foreign unit. 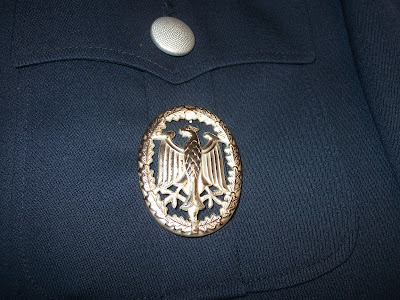 On the breast pocket is the Das Abzeichen für Leistungen im Truppendienst in Gold (Armed Forces Badge for Military Proficiency in Gold). 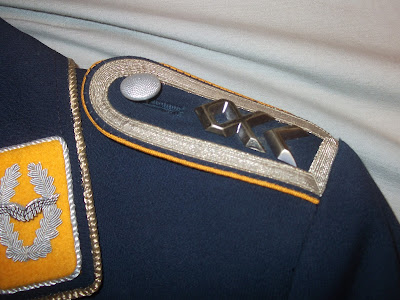 The shoulderboards retain the yellow gold piping of the Air Force with the metal insignia of a Stabsfeldwebel (Senior Master Sergeant).
Posted by Unknown at 3:58 PM